Do you ever think of the common words we use around personal finance? Words like debt, money, cash, credit, and retirement. We use them often when talking personal finance, and honestly, we really don’t give them a second thought because we understand them and thief definitions. English is my primary language and I never learned a second, although I did attempt French in high school and German in college. Why I made those language choices is still unclear to me, I probably should have stuck to Spanish, the advice I have given to my three children and all three are in honors Spanish and have mastered a second language far beyond their dads two attempts. I thought it might be interesting to see the commonly used word in English and see them in different languages. This is the language of money. 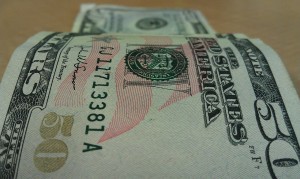 Now I don’t recall any of the French or German words from my time spent in class. The only word that is familiar on the list is the Spanish word for money, dinero. That’s a word I’ve heard used often and I understand its origin.

Now money itself (bill and coins) has many nicknames or slang terms to describe them. Money slang usually various from currency type because often the slang terms are derived from the appearance of the bills or coins themselves. Here are some of the slang terms used in the United States.

I have greenbacks stuck in my head I think from my history lessons in school. I need to work the following slang terms into more conversations when talking about money, clams, gravy, and lettuce.

Do you have a favorite money word in a different language? What’s your favorite slang money word?

Brian is a dad, husband, and an IT professional by trade. A Personal Finance Blogger since 2013 who, with his family, has successfully paid off over $100K worth of consumer debt. Now that Brian is debt-free, his mission is to help his three children prepare for their financial lives and educate others to achieved financial success. He blogs at Debt Discipline.