Star Wars: The Clone Wars – Stories of Light and Dark is the perfect companion for any fan of The Clone Wars. It features moments of joy, tragedy, love, and brotherhood — running the full gamut of emotions for some of the galaxy’s most beloved characters.

Just because The Clone Wars series has ended, doesn’t mean we’re done receiving stories about it. In a series of eleven stories, the newest Star Wars anthology gives readers a rare look into the psyche of both light and dark side characters during pivotal moments throughout the animated series. 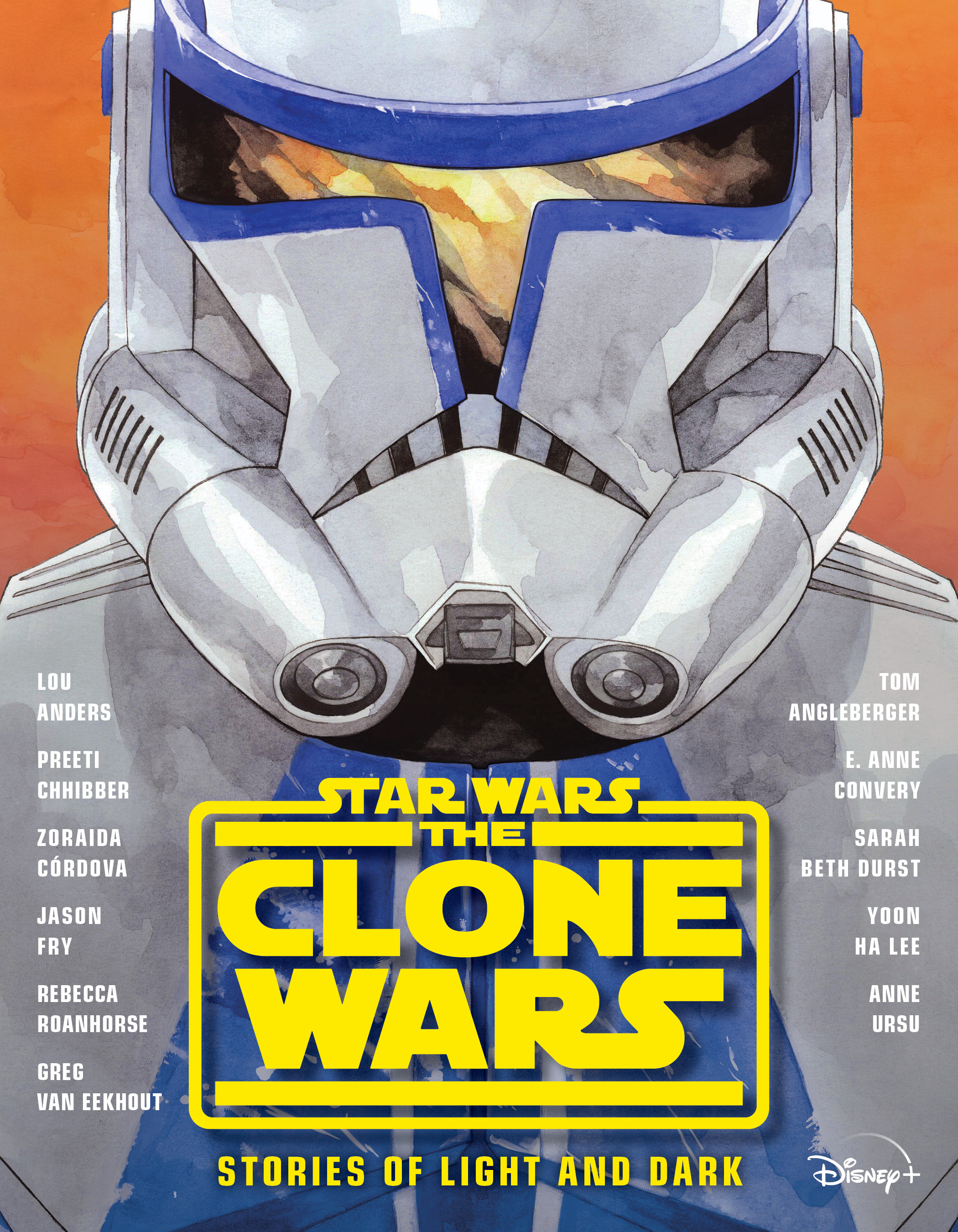 As is typical with anthologies, several stories stand out among the rest, but as a whole, the collection offers a heartfelt tribute to some of the series’ fan-favorite episodes. It is always refreshing to see familiar events retold from a certain point of view.

Jason Fry — “Sharing the Same Face” (based on the episode “Ambush”)

Fry gets inside of Yoda’s mind, providing readers with the Jedi Master’s inner thoughts as he comes to terms with the gravity of what the Clones mean.

Yoda grapples with realities of engineering men to be little more than droids, when they are individuals with unique personalities and opinions.

Have you ever wanted to get a look inside of Dooku’s mind?

Well, Anders offers a rather unique and humorous look at his thoughts as he relates his encounter with Anakin Skywalker and Obi-Wan Kenobi in a holorecording.

Chhibber flawlessly taps into Anakin's mind, exploring his romantic feelings for Padmé before his fall to the dark side. She captures the innocence of his love for his wife, while playing upon the all-consuming nature of it.

Padmé’s penchant for political negotiations is no easy feat to write, yet Ursu perfectly captures the essence of the head-strong Senator as she takes on peace negotiations in the Separatist’s territory.

Yoon Ha Lee — “The Shadow of Umbara” (based on the episodes “Darkness on Umbara,” “The General,” “Plan of Dissent,” and “Carnage of Krell”)

I think it’s safe to say that Rex is one of the most beloved characters from The Clone Wars and Ha Lee explores his perspective during the battle for Umbara and the fallout of General Krell’s betrayal.

The sense of individuality and humanity in each Clone is palpable throughout the story.

Tom Angleberger — “Bane’s Story” (based on the episodes “Deception,” “Friends and Enemies,” “The Box,” and “Crisis on Naboo”)

If you were hoping for a Space Western in this anthology, Angleberger delivers with his retelling of the “Crisis on Naboo” from Cad Bane’s perspective. Who doesn’t love getting the perspective of one of the best bounty hunters in the galaxy?

Zoraida Córdova — “The Lost Nightsister” (based on the episode “Bounty”)

Córdova’s chapter picks up on the heels of tragedy, following Ventress witnessing the deaths of her sisters. It’s a thrilling retelling, allowing readers to follow Asajj Ventress’ journey as she reclaims her agency and proves that she truly is a badass.

Rebecca Roanhorse — “Dark Vengeance” (based on the episode “Brothers”)

Roanhorse deftly tackles the return of Darth Maul by getting inside of his twisted mind and exploring his obsession with Obi-Wan Kenobi and his own internal struggles.

It’s fun to get a glimpse inside a deeply troubled character like Maul.

This was perhaps the most unique retelling in the anthology. Durst approaches Ahsoka’s character from the eyes of Katooni, one of the Jedi younglings under her watch.

There’s something so innocent in Katooni’s admiration for Ahsoka and her own desires to become a Jedi, that will likely resonate with any fan who pretended that they were a Jedi as a child.

One of Obi-Wan Kenobi’s most tragic moments in The Clone Wars is retold by van Eekhout with just as much emotion and pain as we saw on the screen.

Kenobi’s emotions are palpable as he struggles with the inner turmoil that all Jedi are faced with when they suffer a devastating loss. A few additional scenes are added to this retelling which further underlines the bond between Anakin and Obi-Wan.

Anne Convery — “Bug” (based on the episode “Massacre”)

At the time that I received my copy, “Bug” was not yet available to review. Convery is set to create an original story for the anthology, centered around the Nightsisters.

Star Wars: The Clone Wars – Stories of Light and Dark is rated for readers ages 8-12, but just as The Clone Wars tackled the bleak realities of war and the intricacies of human emotion, this anthology will resonate with readers of all ages.

Your Money Geek thanks Disney Lucasfilm Press and NetGallery for providing us with a free copy for review.

Star Wars: The Clone Wars – Stories of Light and Dark

Here are 9 Practical Ways to Cut Your Monthly Budget

Doctors: Your Online Reputation is a Bigger Problem Than You Think