While you may be familiar with shows like Game of Thrones, Stranger Things, and The Walking Dead due to their critical acclaim in the media, there are countless hidden gems that have been flying under the radar for years. Whether you are looking to get swept up into the next big cryptocurrency scheme, solve a gritty murder mystery in the streets of 19th century New York, or you are ready to launch two hundred years into the future — there is something for everyone on this list.

We have compiled a list of the top ten hidden gems that you can start streaming tonight. From Netflix originals to TNT series and even a few British series thrown in for good measure, you can find all of these series streaming on familiar streaming services like Amazon Prime, Netflix, and Hulu.

StartUp is a three-season series that follows the emergence of GenCoin, a controversial tech idea centered on a digital currency that was created by Izzy Morales (Otmara Marrero) and two other entrepreneurs. The project is funded by Nick Talman (Adam Brody) with his father’s dirty money — which ends up landing them on the radar of the crooked FBI Agent Phil Rask (Martin Freeman) who will go to any length to take down the enterprise.

After the series was made available on Netflix earlier this year, there was a lot of buzz from viewers who pointed out that the concept of GenCoin doesn't really make sense. So if you are a BitCoin enthusiast, you may need to set aside your preconceived notions about digital currency to truly enjoy this series. While there was a lot of speculation that Netflix might pick the series up for a fourth season, there has been no indication that this is in the works. 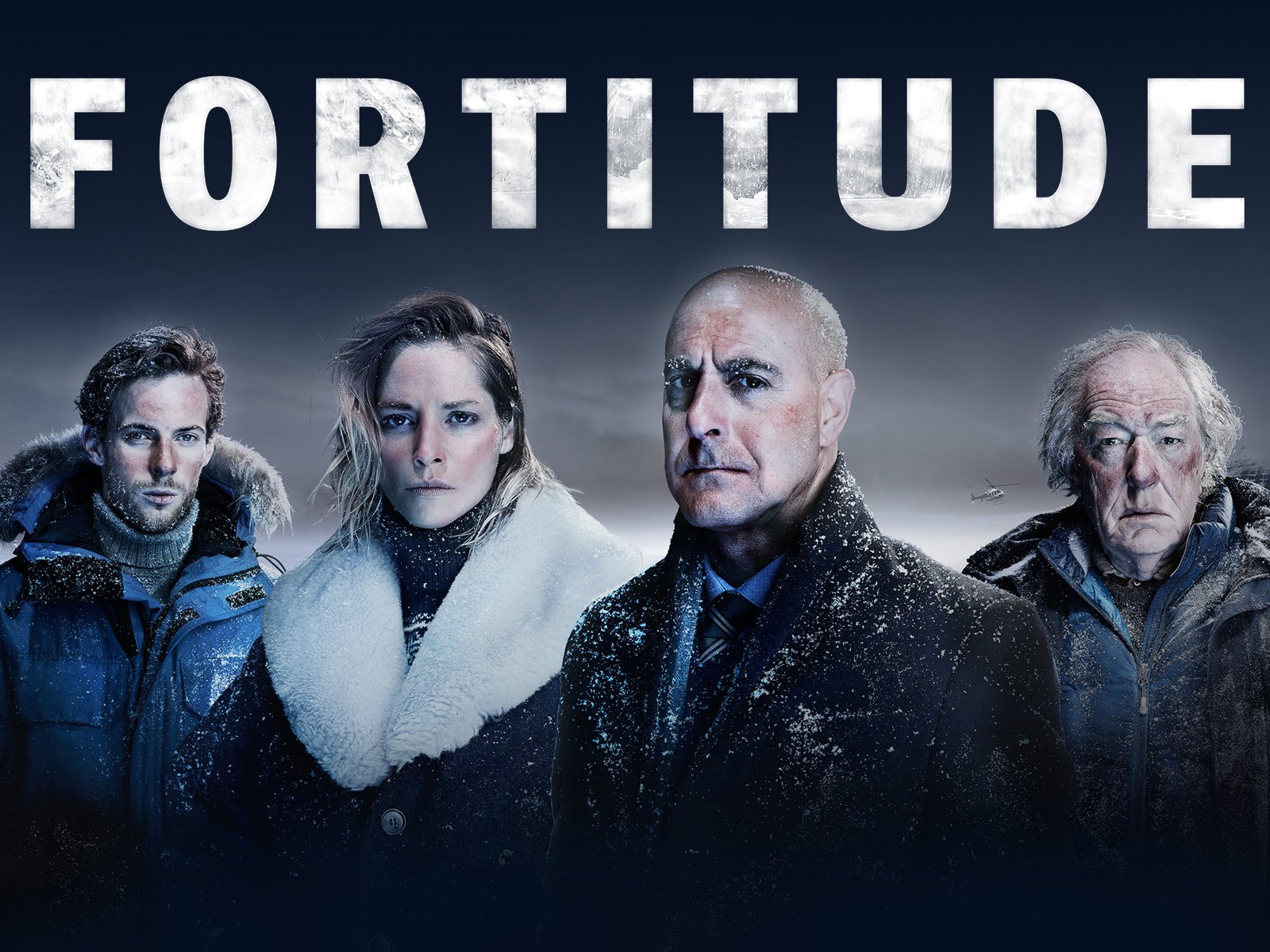 When a research scientist is killed in the tight-knit community of Fortitude, the Arctic town is shaken to its core. The strange conditions of the murder prompts the responding police officers to suspect each other of the crime, while members of the community struggle with the fear that has been unleashed by the crime. But that’s not all. As above-average temperatures begin to melt the ice around the Arctic town, secrets are revealed beneath Fortitude’s frozen landscape. Over the course of twenty-eight episodes, the mysteries of Fortitude are uncovered.

Fortitude was created by Simon Donald, who is perhaps best known for his stand-up comedy and the comic magazine he co-founded. The British series is a blend of psychological horror, mystery, and the kind of horror one would expect from the brutal landscape of the Arctic. Christopher Eccleston is part of the main cast in the first season of the series, but for reasons you will discover as you watch, he doesn't appear in the following two seasons. 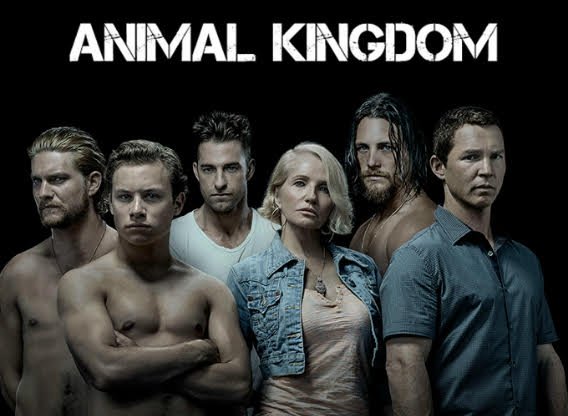 After his mother’s death, Joshua Cody (Finn Cole) moves to Southern California to live with his estranged relatives. Josh soon learns why he has been kept away from the matriarch of the Cody family, Janine “Smurf” Cody (Ellen Barkin). Smurf makes a living by orchestrating armed robberies and other criminal activities. In order to stay alive, Josh joins in on the criminality of his family, under his grandmother’s watchful eye.

If you haven't watched Animal Kingdom yet, you have a lot of catching up to do as the fifth season premiered in July. The series was renewed for a sixth and final season that will likely premiere sometime next year.

If you were obsessed with Good Omens or you are anxiously awaiting the Sandman live-action, then you will love the short-lived American Gods series which is based on Neil Gaiman’s novel by the same name. The series follows the Shadow Moon (Ricky Whittle), a man serving three years in prison after he is given an early release. Shadow Moon is hired as a bodyguard for Mr. Wednesday (Ian McShane). But nothing is as simple as it seems. The series is about the war brewing between the old gods and the new gods, as the old gods feel that their influence is being threatened by the technology and media of the new gods.

A lot of American Gods fans felt like TNT missed the mark with the adaptation and it was unfortunately canceled after just three seasons, but it is still a hidden gem that you won't want to miss.

Bodyguard centers around Police Sergeant David Budd (Richard Madden), a British Army war veteran who is now working for the Royalty and Specialist Protection Branch of London's Metropolitan Police Service. He is assigned as the principal protection officer for the ambitious Home Secretary Julia Montague (Keeley Hawes), whose politics he despises. The series delves into hot-button topics such as PTSD, government monitoring, and other relevant issues.

Despite how busy Richard Madden may be now that he's part of the Marvel Cinematic Universe, Netflix recently announced that there will be a second season of the series. So if you have been waiting to give this show a try, you won't have to wait too long for the next season.

Based on James S. A. Corey’s book series, The Expanse is set two hundred years in the future where humanity has colonized the Solar System. It centers around the case of a missing young woman, which brings  An unexpected conspiracy that threatens the system’s fragile balance brings together an unlikely cast of characters. United Nations Security Council member Chrisjen Avasarala (Shohreh Aghdashloo), police detective Josephus Miller (Thomas Jane), ship's officer James Holden (Steven Strait) and his crew – as they unwittingly find themselves at the center of a plot to protect the future of humanity.

The Expanse has been met with critical acclaim, garnering a handful of highly coveted science fiction awards and a very loyal fanbase. The sixth and final season of the series is set to premiere in December.

The Sinner is an anthology series based on the novel by German crime writer Petra Hammesfahr. Each of the seasons is focused on a new crime as it is investigated by Detective Harry Ambrose (Bill Pullman) and it has been hailed as an intelligent whodunit series, filled with twists and turns.

The fourth season of The Sinner recently premiered on Netflix, but there has been no news about a fifth season yet. The new season follows the newly-retired Ambrose as he travels to northern Maine to recover from the previous case. A tragedy occurs there involving the daughter of a prominent family in the town and he finds himself recruited to help with the investigation. 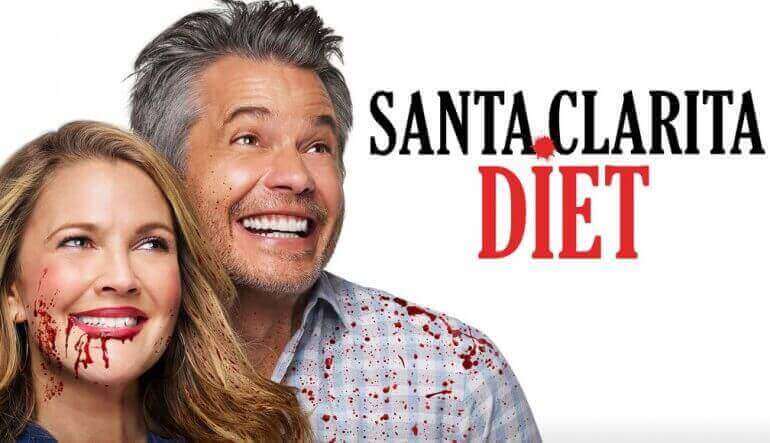 The lives of real estate agent couple Joel (Timothy Olyphant) and Sheila Hammond (Drew Barrymore) change forever when Shelie transforms into a zombie after an unfortunate encounter with bad clams. As Joel and the family try to help Sheila through her metamorphosis, they have to deal with neighbors, cultural norms, and have to unravel a potential mythological mystery. It’s fast-paced, quirky, and wonderfully macabre.

Fans of Santa Clarita Diet still mourn the loss of this off-beat zombie series. The series was a hit with both fans and critics alike and it seemed like the cast had an absolute blast creating it. Netflix clearly has it out for zombies.

The Alienist is based on Caleb Carr's novel by the same name which was released in 1994. Set in 1896, the series follows Dr. Laszlo Kreizler (Daniel Brühl), a criminal psychologist, is who is called upon by the newly appointed police commissioner Teddy Roosevelt (Brian Geraghty) to investigate a series of gruesome murders of street children in New York City. He teams up with John Moore (Luke Evans) a newspaper illustrator and Sara Howard (Dakota Fanning), the police commissioner's headstrong secretary to conduct the investigation in secret.

The second season of the series premiered last year, but there has been no additional information about a third season. The cast are all fairly busy with other work currently — with Luke Evans filming for a Gaston series for Disney+ and, should Baron Zemo show up in a future Marvel project, Daniel Brühl would be busy with that.

Based on the Swedish science fiction drama Real Humans, the series is set in a parallel universe where nearly every family has their very own highly-developed robotic servant called a Synth. Joe Hawkins (Tom Goodman-Hill) decides to buy a Synth to take care of household responsibilities to help his wife, Laura (Katherine Parkinson). Laura is enraged that her husband purchased a Synth without consulting her and grows paranoid around the Synth, Anita (Gemma Chan) as her family grows attached to her presence. As the series continues, it becomes clear that sharing life with a machine has far-reaching and chilling consequences.

Once you binge your way through Humans you may find yourself looking for more programming that centers around living with a robotic companion, so be sure to check out the German film I'm Your Man.

If you do not have the time to get fully ensconced in a multi-season series like the ones mentioned above, we have you covered! There are a lot of really brilliant limited series like The Night Manager or London Spy that you can find on our best mini-series list. If you are looking for something a little more specific like Halloween TV specials or the best Ryan Reynolds movies — we've got them all.

Why We Chose to Skip an Expensive Wedding